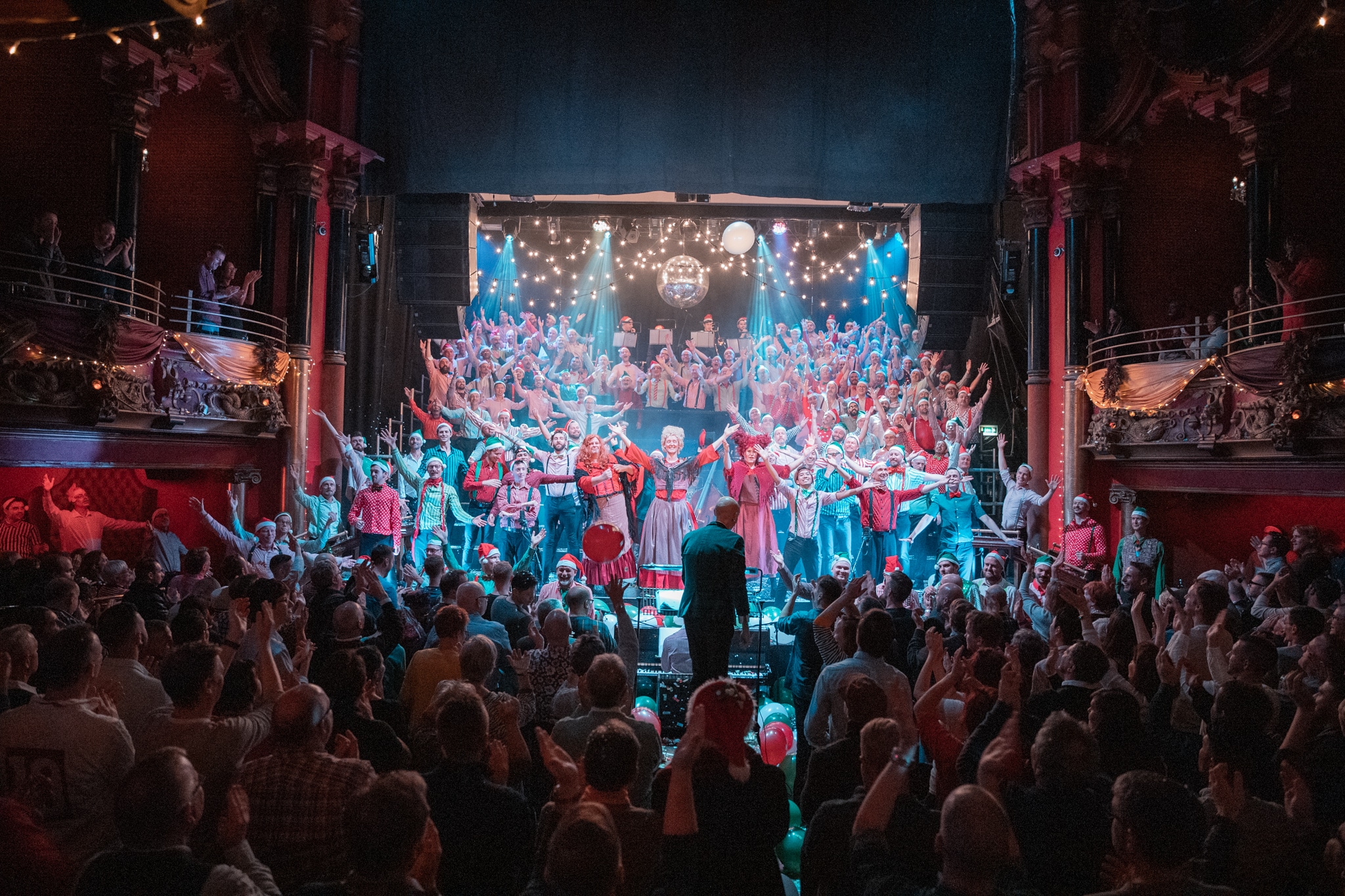 The Clapham Grand is one of London’s oldest, biggest and most loved Independent Venue’s. Built in 1900 as a Victorian Variety Hall, 121 years later our iconic listed Theatre has transformed itself into a Modern Palace Of Varieties, whilst still remaining true to our creation, providing a weekly programme of events ranging from Drag Shows to Comedy and Live Music, Cabaret, Theatre, Bingo, Cinema, Club Nights and so much more besides.

We give a platform to upcoming promoters, producers and rising performers of the future, alongside showcasing some of the very best stars of today, succeeding in our mission to give the best entertainment on offer a stage to perform on, providing an amazing night out for our customers, and an incredible place to work for our staff.

OUR EVENTS & SOME OF THE STARS OF OUR STAGE

Under the recent management of our programmer Ally Wolf, we’ve combined all our past programming alongside embracing a new immersive and content led approach to events developing our own inhouse team of producers and performers to creating our own productions and events, both on The Grand’s stage, and other venues and Festival’s, particularly Mighty Hoopla, which we host a stage at and co-created.

We have been the home for countless future world class stars and events, from being founded by the biggest variety hall star of his era Dan Leno, to having Charlie Chaplin, Laurel & Hardy and Morecambe and Wise all learning their trade on our stage. In the 90’s & 00’s Oasis, Nick Cave, The Verve, Jamiroquai & Suede all played seminal concerts here, whilst some of the best DJ’s of the time held residence and club nights with us. Moving into today’s era Snow Patrol, Rag ‘n’ Bone Man & Frank Turner have all recently performed, and comedy stars Russell Howard, Jimmy Carr & Daniel Sloss all host regular residencies.

We also showcase some of the UK’s biggest and best nightlife brands and concepts from Bongo’s Bingo, Massaoke and Ultimate Power whilst also providing a home for London’s LGBTQ+ community, with Pride In London, Sink The Pink & Klub Kids hosting shows with us, world class Drag stars from Ru Paul’s Drag Race regularly performing here from Sasha Velour, Bimini Bon Boulash, Crystal Methyd and The Vivenne to name but a few.

If this area below is blank, it means that there are currently no open vacancies.

In this case, please feel free to email info@claphamgrand.com with a cover letter and CV telling us about yourself and what line of work you are interested in. We will keep this on file for six months and contact you if something suitable becomes available.

The Clapham Grand is looking for a superstar human who loves everything from pop, drag & comedy all mixed together, to join us as venue assistant working within the operations team across our wide range of events from full capacity club nights (1200+ people) to seated theatre style shows. The Venue Assistant will be instrumental in the day to day running of the venue, getting us ready to create magic for our guests.

Please forward CV and covering letter describing why you think you would be suitable for the role. INCLUDING specific examples of experience to terry@claphamgrand.com.

CLICK HERE TO VIEW THE FULL JOB DESCRIPTION FOR “VENUE ASSISTANT”
FRONT OF HOUSE POSITIONS – Various
Bar Staff
We are always looking for superstar Bar Staff whether you have experience or not. All we ask is that you have an amazing can do attitude, eager to learn and can adapt to our variety of events. Our events are action packed from immersive movie nights, A-List comedy giants to the glitterarti of the worlds Drag Queens, Bongos Bingos and club nights to remember. No two days are the same. You will be fully trained on all aspects of a busy working bar from learning about drinks and making cocktails, all the back end ops of a bar and working as apart of a larger team, developing skills needed to work in the events sector.
Floor Staff
Our floor staff are our vital warriors that make all our events happen. We need people who have an eye for detail, excellent customer service, who can make our guests feel safe. You will be serving our customers in a fast paced environment while maintaining the high floor standard, preparing the venue’s seating to perfection before and between shows and generally making sure out customers have an amazing experience when inside the venue. A love for drag, comedy and nightlife is a must!
Food Staff

Our newly launched ‘Hot beige’ kitchen needs team members who eat, love everything beige, from putting together gooey nachos, to running a pass making sure food orders go out on time to the wonderful audience watching our shows. You will have great organisation skills, excellent customer service and a twinkle in your eye to keep the hungry masses happy whilst staying chilled under pressure. Having a Food Safety and Hygiene (Level 2) is desirable but not necessary.

Box Office
The Clapham Grand is fast becoming a hub for all things variety. With this comes a wide selection of events, ticket types and event layouts. Our box office is changing and developing. We are looking for people with experience in working in a box office setting who wants to continue and develop their existing skill set in a fun and rewarding setting. Working as part of a larger team you will learn valuable skills that will lead to a developing a career in the box office arena or within events.
Cloakroom
The start of any night is the Cloakroom! We need excellent communicators who are well organised, can que manage and multi task. You are the first and last point if contact for our customers and in charge of their prize possessions!
You will also be forming part of our bigger customer service team, helping deliver outstanding events and fast becoming the no.1 place for variety entertainment in not only London but the UK

Please quote “Front of House Application” in the email headline.