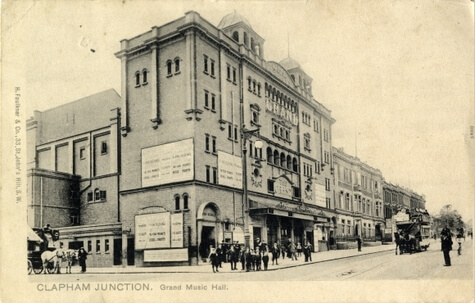 The Grand was established in 1900 by some of the most popular performers of the time. Launched at the height of the Music Hall, since then a cinema, a bingo hall and a nightclub, The Grand has always remained true to its original aim: to entertain.

A Palace of Varieties. This was what the residents of Clapham and Battersea were promised when the New Grand Theatre opened its doors for the first time on 26 November 1900. The first evening set expectations. Alongside musicians and comedians, the audience witnessed a family of acrobats, an ensemble of performing ponies, and a man better known for juggling banjos than for playing them.

The New Grand Theatre quickly established itself as one of London’s premier venues, attracting the stars of its day. Favourite performers included the scandalous Marie Lloyd and the diminutive Little Tich dancing in oversized clown boots. Even a young Charlie Chaplin graced our stage.

As future heroes like Chaplin moved to Hollywood, the Grand Theatre, as it became known in 1927, followed the trend, setting up a screen alongside the stage. By 1931 the venue was a full-time cinema. What could you have seen on the very first night? Laurel & Hardy chasing a stray goat.

In the ‘60s Londoners began to prefer their colour televisions to their cinemas, and what had become the Essoldo Cinema was transformed into the Essoldo Bingo Club. For sixteen years the people of Clapham and Battersea had a dedicated bingo hall until the building closed in 1979. But not before our fine building was Grade II listed in 1978 – saving it from becoming a Wetherspoon’s in the ‘90s.

The Grand reopened in 1991, having been restored to its former glory by promoters Mean Fiddler. Soon The Grand was a venue for bands about to break into the mainstream. Jay Kay lead Jamiroquai through their earliest hits. Courtney Love cracked jokes at her polite London crowd. And the Verve, fresh from trashing the US, brought the riot back to home turf. Even bigger acts followed in the ‘00s when Oasis, Muse and Brian May played to packed crowds.

In recent years The Grand has revived its original mission: the perfect blend of variety and quality. With themed film screenings or an irreverent take on bingo one night, and world-class comedians, musicians and DJs the next, we’re reinventing the best of the past for new audiences, you can check out our upcoming events HERE. 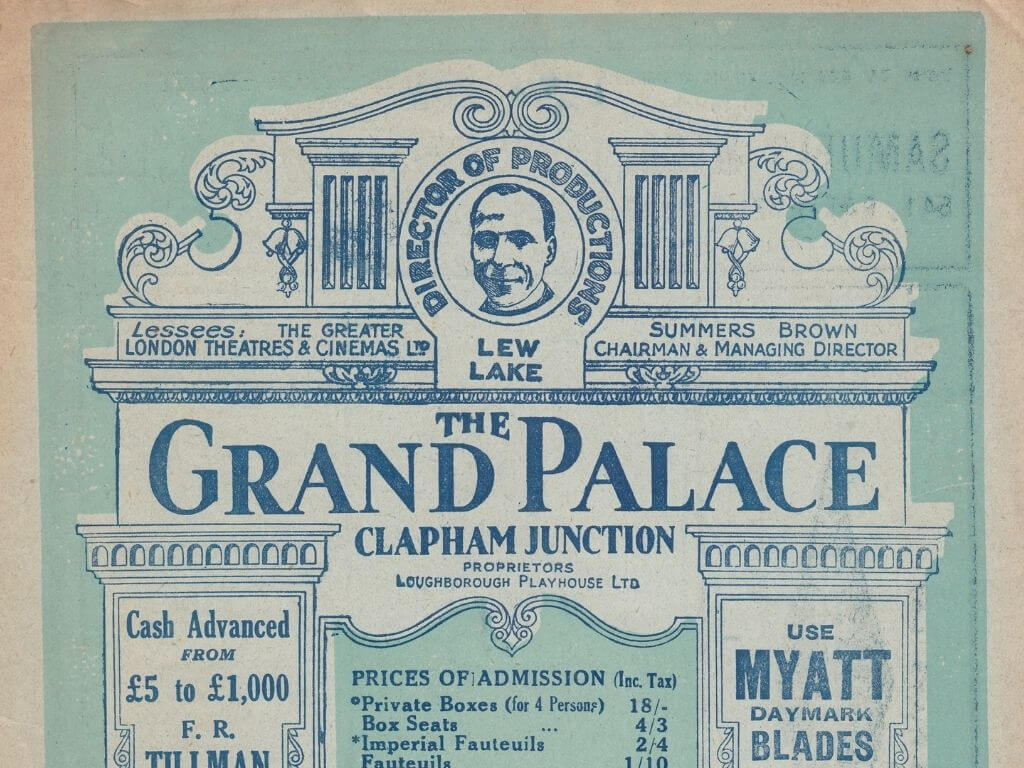 We were founded by one of the kings of Music Hall Dan Leno (who created the role of the Pantomime Dame!), with the ambition of providing a stage and a venue for performers and locals of the Battersea Area. We held regular performances by all the Music Hall & Variety greats, from Marie Lloyd and the world famous Charlie Chaplin, whilst one of our managers, Walter Gibbons, went on to build The Palladium after cutting his teeth with us here!

WE ADDED MOVIES & THEATRE  – ‘THE GRAND THEATRE’ & ‘ESSOLDO CINEMA’
As Cinema became all the rage in the 30’s we moved with the times and a projector room was installed so we could add movies to our repertoire. We never forgot our Variety roots, and often included performances before and after the movie nights (something you will be massively familiar with now with our current Movie Nights!).
We showed the film premiere of a little-known comedy duo Laurel & Hardy during this era. We also started hosting Theatre Shows, with a certain Morecombe & Wise took to our stage for their first ever performance of original material.
We’ve now converted the projection room on the 5th floor into a karaoke bar if you wondered what on earth we are doing with it now! 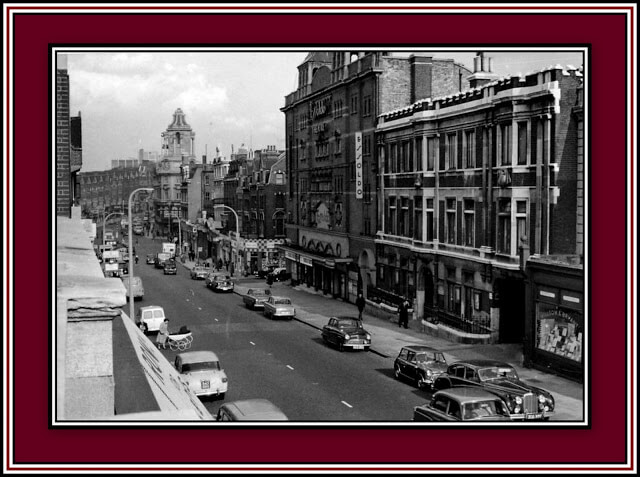 Yes, for 15 years we were exclusively a Bingo Hall! Initially run by independent groups, it proved so popular that the then big boys of Bingo Mecca took over, until they vacated our building in 1978. Little did they know Bingo would return to our venue in our present day incarnation with the globe trotting success story that is Bongo’s Bingo. A lot more confetti, booze and dancing than Mecca’s 1978 version…

WE WERE SADLY EMPTY
We thankfully gained Grade 2 listed status in 1978, which protected us during the long period of closure.
We missed all of the 80’s! Imagine the bands and parties we would have held here! The outfits! 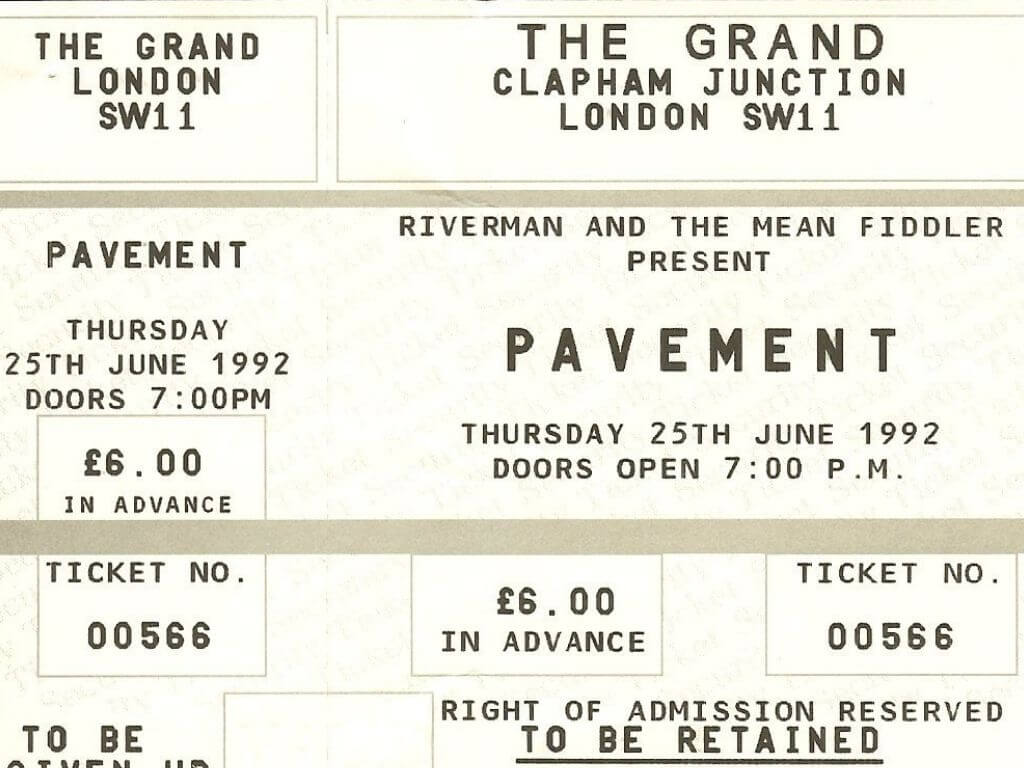 We were lovingly restored back to our former glory by Vince Power and the Mean Fiddler Group, resurrecting us as a Live Music Venue. This saw world famous acts like The Kinks, George Clinton, Nick Cave, & Public Enemy grace our stage, alongside The Verve, Suede and The Manic Street Preachers all performing at the peak of their powers.’ 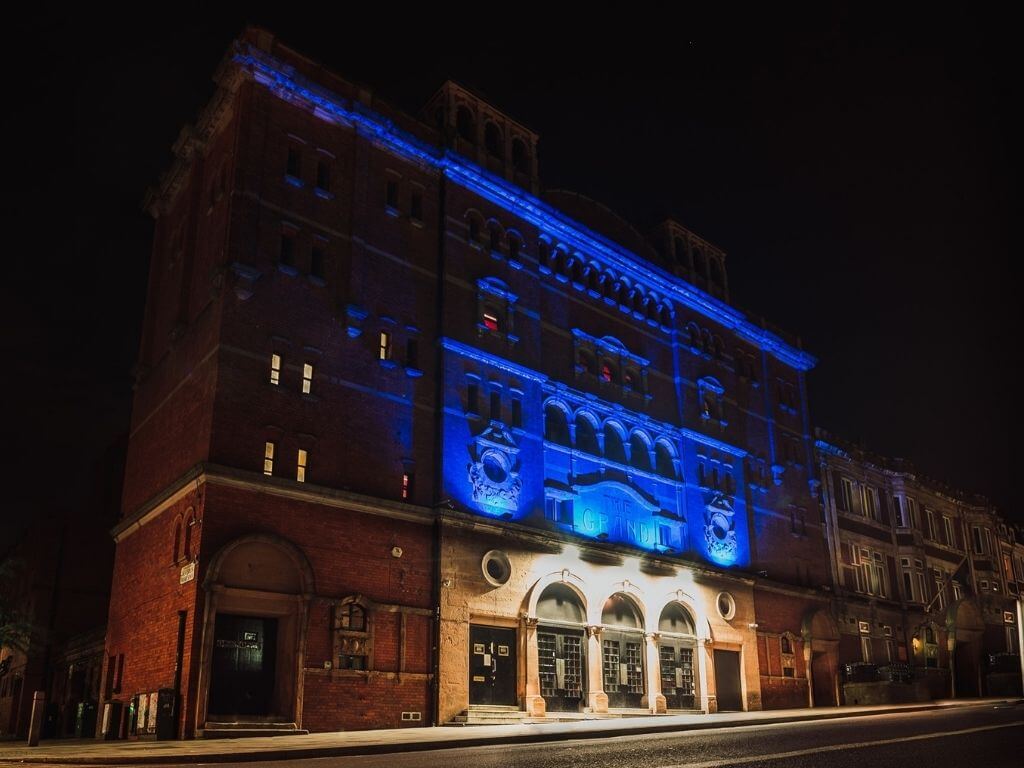 OUR CLUBBING PERIOD – ‘THE CLAPHAM GRAND’
As Britpop peaked and clubbing took over we embraced this era with open arms. The cult Dr Glitz’s  70’s night caused thousands to queue every Friday, Norman Jay brought his Good Times, the cream of Breakbeat tore our decks up with Scratch Perverts to Krafty Kuts guesting, promoters Lock and Load brought SW4 after parties, and Garage found itself a spiritual home!
With the focus turning to late nights our light up dance floor gave you all somewhere to dance until the early hours, but we still found the time to host some incredible gigs, with of Oasis and Muse taking to our stage. 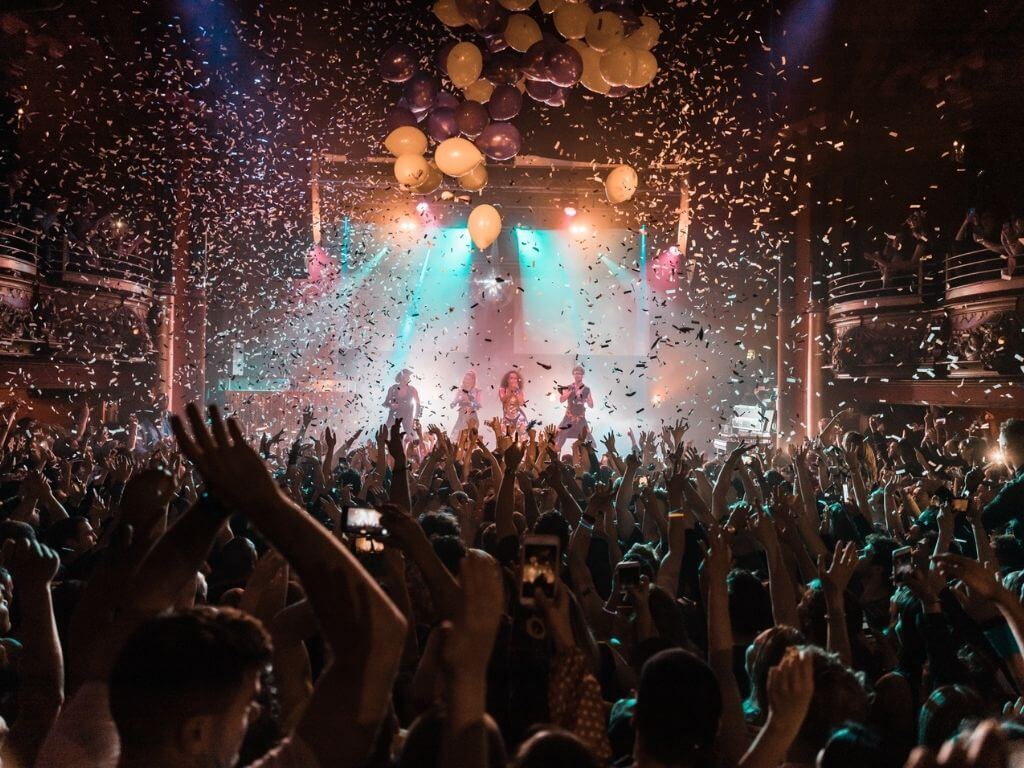 ‘THE GRAND, CLAPHAM JUNCTION A PALACE OF MODERN VARIETY’
Realising that people’s tastes are changing, we’ve paved the way for a brighter, more vibrant and diverse programme of events. Returning to our Music Hall and Variety roots we regularly feature performances by up-and-coming comedians (Mo Gilligan, James Acaster and Luisa Omelian to name a few) whilst becoming a home for the LGBTQ+ community, with world class Queens from Ru Paul’s Drag Race, Sink The Pink & Pride hosting parties and the cream of London’s Drag Scene treading our boards. Our Movie Nights provide sing & dance-alongs with our in-house show team of performers, Bingo has returned courtesy of Bongo’s Bingo & we still host the occasional Theatre Show!
Globally successful live acts from George Ezra and Rag & Bone Man have cut their teeth on our stage, there are incredible White Collar Boxing matches for Charity, Brunch Parties for those early starters and the whole time our Club Nights, with guest slots by the likes of The Vengaboys, Girls Aloud and Artful Dodger (yes Garage is still going strong!) still keep you dancing away till 3am.
Venue site built with Plot
What's On
FB facebook /
TW twitter /
IG instagram /